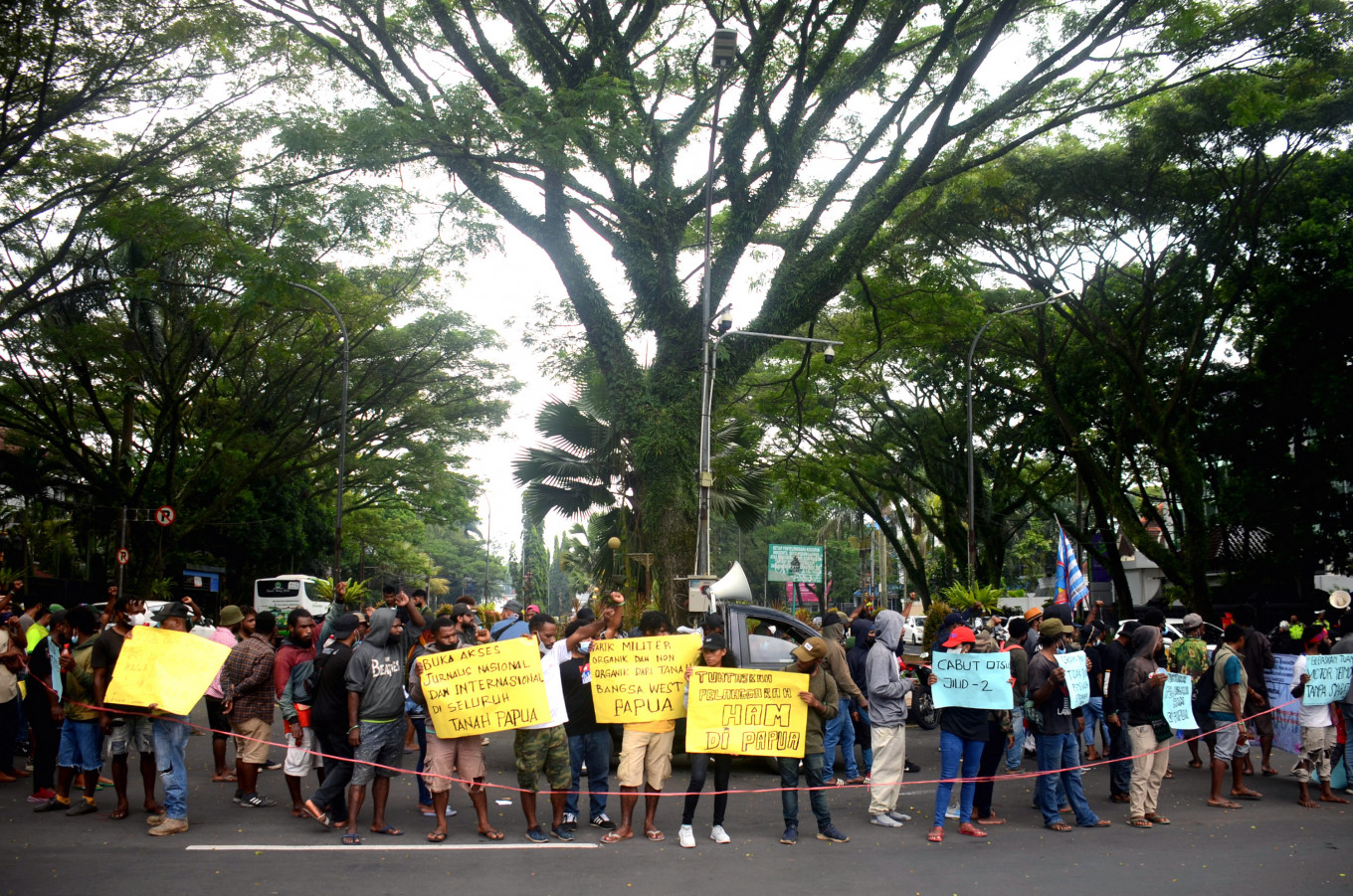 The Indonesian Legal Aid Institute Foundation (YLBHI) and the Papua Humanitarian Coalition have condemned the alleged fire attack on a motorbike in the garage of LBH Papua office on Monday morning in Abepura district, in Jayapura, Papua.

The Papua Humanitarian Coalition, which includes a number of organizations and human rights activists including Amnesty International Indonesia, Kontras and the Public Virtue Research Institute, has called on the police to thoroughly investigate the incidents and to prevent similar attacks from happening again.

“The incident should be seen as an attack on human rights defenders,” YLBHI said in a statement on Monday, adding that LBH Papua recently defended the civil liberties of indigenous Papuans, victims of violence committed by the State and victims of land grabbing.

“It is part of the terror against the democratic movement. It is very dangerous for democracy,” YLBHI President Muhamad Isnur said. Jakarta Post tuesday.

LBH Papua manager Emanuel Gobay suspected that someone had deliberately set the motorbike on fire. The institute had reported the incidents to Papua Police on Monday.

Early Monday morning, a motorbike parked in the garage of the institute’s office was found burned.

According to the LBH Papua press release, a wick smelling of kerosene and a plastic bag containing leftover gasoline were found near the office. LBH Papua members also gathered information from two local residents, who saw someone wearing a black jumper, hat and mask running away from the LBH Papua office prior to the incident.

Papua Police said they had attended the scene of the alleged crime and were investigating the alleged attack.

“The Abepura Police went to the crime scene for an initial investigation but the crime scene has been cleared,” said Papua Police spokesman Sr. Comr. Ahmad Musthofa Kamal said on Monday evening, quoted by kompa.

This is the latest incident in a series of attacks against Papuans or human rights defenders in the easternmost provinces of the country.

In November last year, the family of human rights lawyer Veronica Koman, who have long spoken out against alleged human rights abuses in Papua, became targets of intimidation.

In March 2021, at least two protesters were killed and several others were injured during
demonstrations against the plan to form new provinces that turned into clashes between protesters and security forces in Yahukimo.

In August-October 2019 in Malang and Surabaya, Papuans faced repression, violence and racial discrimination during a series of rallies.