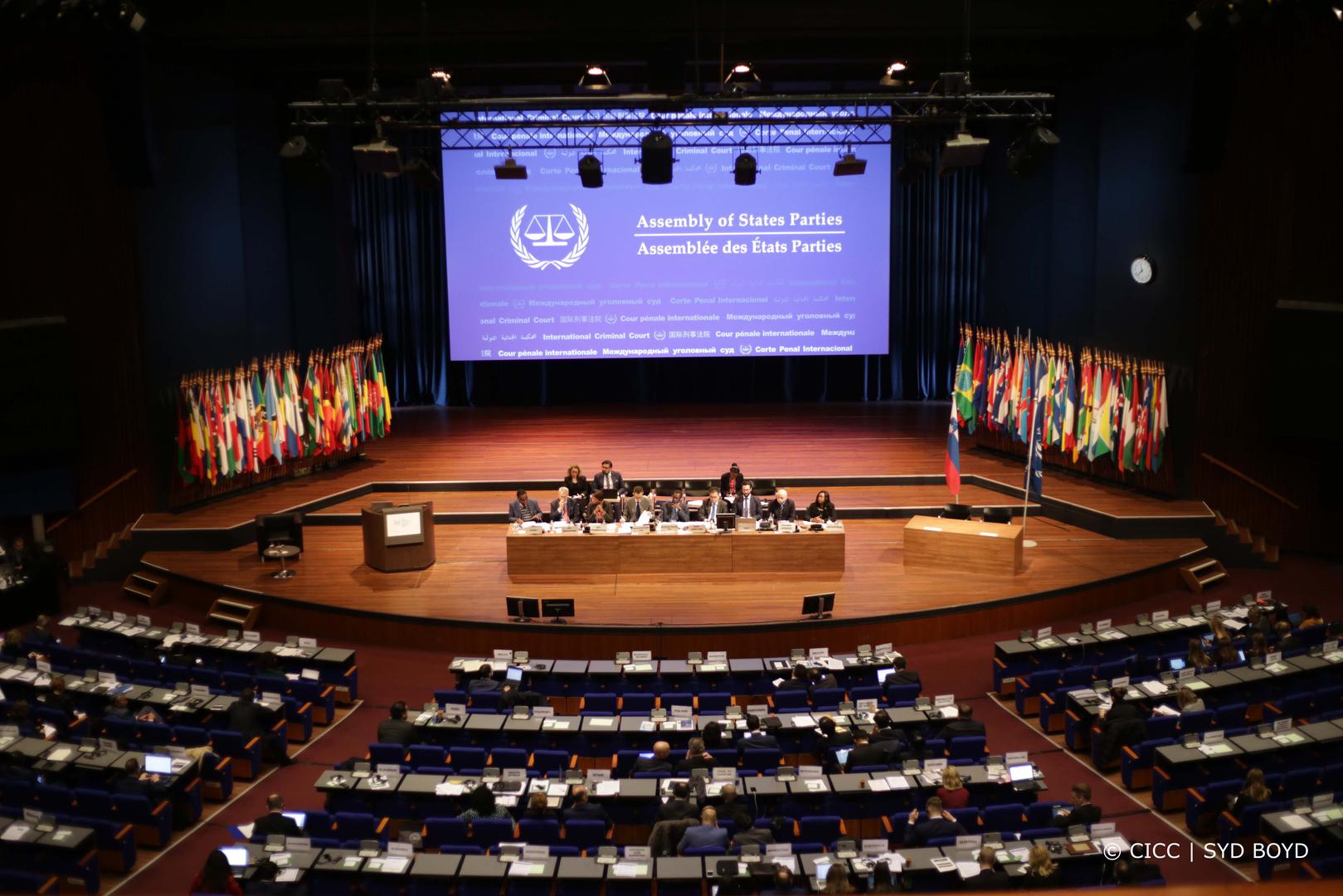 (The Hague) – Member countries of the International Criminal Court (ICC) should use their annual meeting to strengthen their commitments to justice by the court for the worst international crimes, Human Rights Watch said today.

Prior to the session, Human Rights Watch released an 18-page report making recommendations to ICC member countries attending the Assembly of States Parties meeting in The Hague from December 6 to 11, 2021. At that meeting Assembly’s 20th year, member countries will further address the in-depth review by independent experts of the performance of the Court. They will also hold elections for the deputy prosecutor, following the election earlier this year of a new prosecutor, Karim Khan.

“In highly conflicted global terrain, the ICC is even more necessary than imagined twenty years ago,” said Richard Dicker, director of international justice at Human Rights Watch. “ICC member countries should refocus their efforts to ensure that the Court receives the political and practical support it needs to deliver justice.

In September 2020, an Assembly-mandated group of independent experts released their final report on improving the performance of the court, following setbacks in key areas of the ICC’s work. Over the past year, member countries and the Court, as well as civil society groups, have started to assess the nearly 400 recommendations contained in the report. At this Assembly session, governments are expected to assess progress and pass a resolution renewing their work on the review for another year.

Many member countries insisted in the review process on respecting the independence and transparency of the court, Human Rights Watch said. To accelerate progress over the next year, member countries should focus their discussions on the expert review’s recommendations on their own government responsibilities for the ICC, including those related to cooperation, improvement. electoral procedures and ensuring that the court has the funding it needs to provide over its mandate.

Member states’ cooperation with the court needs to be strengthened, Human Rights Watch said. The removal of punitive U.S. sanctions against court officials earlier this year provides the most recent example of member countries, the court, and civil society groups working together to defend the court’s mission. Member countries should prioritize implementing the expert review recommendation to develop a strategy to counter politicized opposition to the ICC investigations.

The member countries of the Assembly will adopt the annual budget of the Court. The gap is widening between the court’s workload and the resources available. The budget, funded by member countries, has been maintained at near zero growth since 2017. With the opening of three new investigations this year, in Palestine, the Philippines and Venezuela, the Court now has 16 situations under investigation. The prosecutor is also seeking to resume a limited investigation in Afghanistan.

For the court to be impartial, it is important that its delivery of justice is not perceived as too selective or one-sided due to resource constraints. In this vein, member countries should follow up during this session on the establishment of plans for a stakeholder conference recommended in the expert review to discuss the optimal level of court activity and resources. necessary to properly invest in international justice, Human Rights Watch said.

Given the important role of the Deputy Prosecutor in forming the Office of the Prosecutor, the election of this session is crucial, and member countries should approach their decisions with strict attention to merit. While an essential due diligence process to ensure that the candidates are of “high moral character” was put in place for this election, it was done in haste and without consultation with civil society. Member countries are expected to adopt text in a resolution this session that will pave the way for the development of a permanent monitoring mechanism next year for all future ICC elections.

“The 20th session of the Assembly of States Parties marks an important turning point for the ICC and the expert review process,” Dicker said. “Governments must take the necessary steps to ensure that the court fulfills its crucial mandate. “