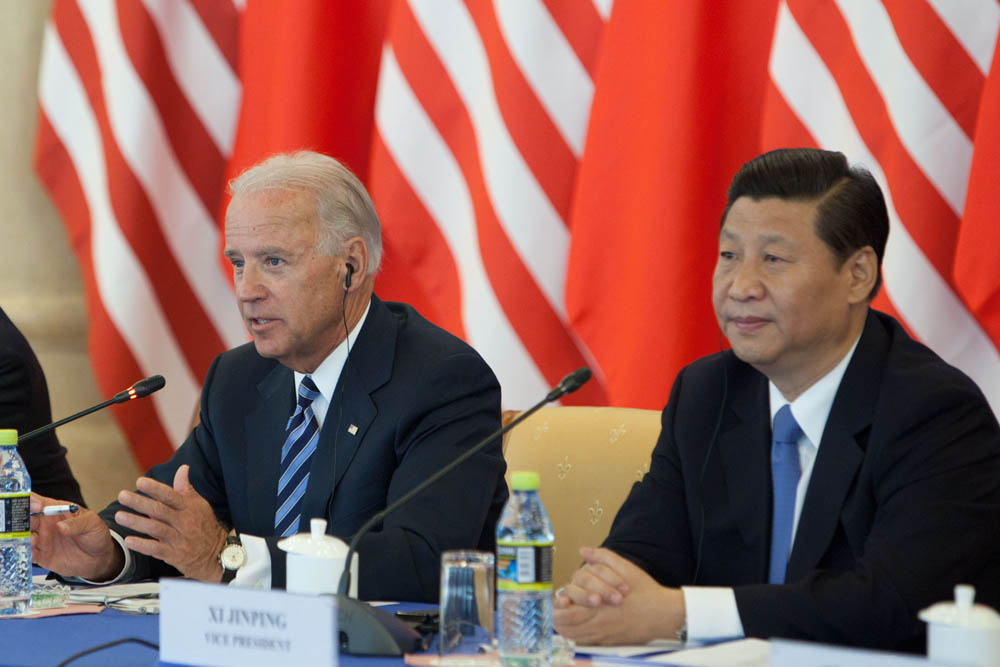 Then-Vice President Joe Biden and Chinese Vice President Xi host a roundtable with American and Chinese business leaders at the Beijing Hotel in Beijing, China on August 19, 2011. (Official Photo by the White House by David Lienemann)

Despite decades of broken promises and outright lies from China, much of the American political elite continues to believe that “bilateral engagement” with Beijing will eventually produce a positive outcome. But in reality, Beijing constantly uses diplomatic talks to simply delay any US action.

And so, that’s enough. It is time for Washington to act.

U.S. Trade Representative Katherine Tai just came to a similar conclusion in a report to Congress, explaining that World Trade Organization (WTO) rules cannot “effectively discipline many of China’s most nefarious policies and practices.” Tai thinks it’s because “China hasn’t embraced the market-oriented principles on which the WTO and its rules are based.” His rejection of the effectiveness of the WTO – following similar concerns from the Trump administration – shows that none of the parties in Washington trust the Geneva-based organization.

Concerns about China are also heightened now that Beijing has failed to honor the terms of a “phase one” deal brokered by the Trump administration. The 2020 agreement had halted the implementation of “Section 301” tariffs intended to combat state-sponsored intellectual property theft in China. In exchange for a break in tariffs, Beijing had agreed to increase its purchases of US exports. However, China only bought 57 percent goods that he has agreed to buy.

Essentially, Beijing has given up on buying roughly 200 billion dollars value of US exports. And that gave Beijing the best end to the deal as the phase one deal had preempted tariffs on $300 billion of Chinese exports.

The collapse of the first phase is just one more political failure dating back more than 20 years – to the origin of the Clinton administration. to push for China’s entry into the WTO. In 2000, President Bill Clinton promised that China would “soon bring down the barriers that protect state-owned industries.” But that never happened.

Instead, Beijing has embarked on a massive program of state capitalism that continually funnels billions of dollars in subsidies into state-owned enterprises. The Chinese government also “loans” money to state-owned companies, with no real expectation of repayment. The Chinese steel industry, for example, must today at least $484 billion in outstanding loans that will never be repaid.

Such amoral tactics are standard policy of Beijing’s aggressive and authoritarian regime. And that includes the forced labor of over a million Uyghurs and other ethnic minorities who have “disappeared” in a vast network of “re-education camps” in western China. It is estimated that at least 80,000 Uyghurs have been transferred to forced labor in factories across China.

China’s industrial rise is also driven by planet-altering environmental practices, such as the huge brown cloud of soot and debris that drift eastward from mainland China every year. In addition, factories in China emit about 20,000 tons of carbon tetrachloride depleting the ozone layer each year, in violation of an international agreement.

For the United States, the conclusion should be obvious: Bilateral engagement with China has failed, especially when Beijing has now insulted President Joe Biden by failing to meet its phase one commitments.

Because the WTO is toothless and bilateral engagement is not working, the Biden administration must now respond forcefully. Since China violated the phase one deal, the US is no longer obligated to delay its Section 301 tariffs. Biden should immediately impose the “list four” tariffs planned before the agreement was reached .

Congress should also adopt the America COMPETES Act. This legislation would reform some of the US tariff programs while closing import loopholes and strengthening anti-dumping and countervailing duties.

Washington must finally grasp the full extent of China’s win-at-all-costs strategy and react while there is still time. Neither bilateral consultations nor the WTO can provide a “level playing field”. In order to correct the mistakes of the past 20 years, the United States must finally fight back, rather than condone China’s continued abusive behavior.