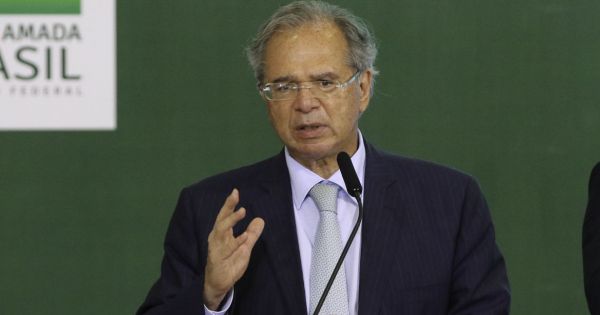 In a move to curb inflation, Brazil announced Friday a 10% reduction in import tariffs on 87% of goods and services until December 31, 2022. Economy Minister Paulo Guedes expects now that the other Mercosur countries do the same.

In a joint note from the Ministries of Economy and Foreign Affairs, the government explained that “the rates will be reduced temporarily and exceptionally until December 31, 2022”, under the Treaty of Montevideo, which allows countries to take measures to “protect the life and health of their people. ??

The measure will work for Brazil and will not impact items such as automobiles, auto parts, dairy products, textiles and toys. Products that fall under the Mercosur exception regimes, such as capital goods, have also been excluded. “Brazil continues to participate fully in the negotiations underway at Mercosur. The Ministries of the Economy and External Relations reiterate the exceptional and temporary nature of this Resolution while reaffirming their attachment to Mercosur.

Sources from Argentina’s Foreign Ministry admitted that Brasilia had previously informed Buenos Aires that it was going to make the decision temporarily. Argentine sources said the measure was suggested by the government of President Alberto Fernández to appease both Brazil and Uruguay, who had called for deeper cuts.

The revision of the Mercosur Common External Tariff (CET) is an ongoing negotiation that began two years ago and was resumed at the October 8 meeting between Argentine Foreign Minister Santiago Cafiero and his Brazilian counterpart Carlos França , during which consensus was reached to reduce the TEC by 10%.

The definition adopted by the Ministry of the Economy of Brazil (Resolution 269/2021 of the Executive Committee of CAMEX Management – Foreign Chamber of Commerce-) is of a transitory and exceptional nature and respects the parameters agreed between the two countries and on which the work continues within Mercosur. “There is a consensus between the two countries on maintaining the unity of the bloc and joint negotiations with third countries, within the meaning of what was expressed in the joint communiqué of October 8.

According to reports from Buenos Aires, there will soon be a meeting of Common Market Group coordinators to update the Mercosur tariff structure in line with current regional and world trade conditions.

Minister Guedes explained that “at the moment there is strong inflationary pressure and that facilitating the entry of imports will allow prices to adjust”.

Meanwhile, Montevideo insisted on the “need to modernize” Mercosur. The Ministry of Foreign Affairs and the Ministry of Economy and Finance of Uruguay issued a joint statement describing Brazil’s decision to be understood under the current framework of Mercosur as an imperfect free trade area.

?? What has been communicated by the Brazilian government reflects the need to modernize and open up Mercosur, as a means of achieving greater openness and international integration, ?? adds the press release.

Friday’s move came as a surprise nonetheless, as most analysts predicted the announcement would be made at the bloc’s next summit in December in Brazil.