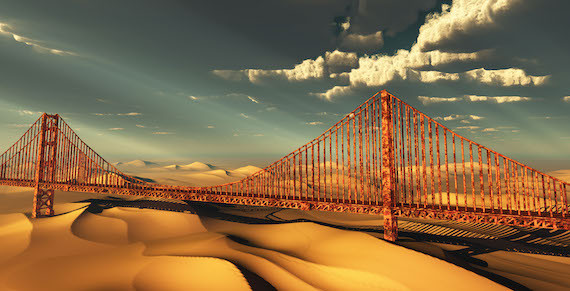 
Governor Gavin Newsom issued a “Drought Emergency Proclamation” for 41 of the state’s 58 counties due to above-average temperatures and dry conditions in April and May. Sonoma County Winemakers President Karissa Kruse said the situation was of great concern to local wineries.

Across the state, growers expect drought to dramatically decrease vineyard yields. Quality is often fantastic during drought years, but a sharp reduction in quantity is problematic for winegrowers and adds to growing fears of an impending global wine shortage.

It follows brutal late spring frosts in France and northern Italy. Estimates suggest that up to 80% of French vineyards have been affected. Languedoc is expected to lose around half of its 2021 harvest, while the Rhône will be down 80-90%, and Burgundy, Bordeaux and Loire are also affected.

Elsewhere, New Zealand trade body Winegrowers has reported that the harvest size is significantly smaller than in previous years. Brancott Estate producer Pernod Ricard has said it will therefore not be able to meet global demand for Marlborough Sauvignon Blanc.

In parts of California, it’s so dry that farmers don’t even bother to plant crops this season. This has raised fears of food price inflation in the United States, as the state produces one-third of the country’s vegetables and two-thirds of its fruits and nuts.

“Due to a severe drought, for the first time in 21 years we will not be able to farm this summer in Petaluma,” County Line Harvest farm said in an Instagram post. It has also raised concerns about the ferocity of this year’s wildfire season.

For the state’s winegrowers, another short harvest could create significant difficulties. Last year’s harvest in Sonoma County was down about 40% from an average vintage, so growers are already feeling the pinch, and this year’s drought will only make matters worse.

The two U.S. senators from California referred to the drought in a letter they sent to the White House this month. The letter called on U.S. Trade Representative Katherine Tai and Commerce Secretary Gina Raimondo to pressure China to end its tariffs of 54% on American wine and 25% on wines imported from the EU. Senators fear that Europe will introduce retaliatory tariffs on California wine. Oregon Senator Jeff Merkeley also signed it, pressuring trade officials to negotiate an end to the various tariff wars.

“The wineries of our states are already under siege by the pandemic, the wildfires and now the drought,” the senators wrote. “Many will not survive if they are also asked to support a damaging trade war indefinitely. “

In response to growing concerns about drought and climate change, 20 producers in Sonoma County recently completed the first US pilot climate adaptation program for agriculture. They found that up to 2,184 metric tonnes of CO2 equivalent can be removed from the atmosphere each year.

The California Land Stewardship Institute provided growers with specific information on soil types, site characteristics, and details on farming practices that affect greenhouse gases and carbon sequestration, including planting crops of cover, tillage, irrigation and nitrogen use. The pilot project also examined where natural areas of oak trees, stream corridors and wetlands are located on the farm and where additional native plantings could sequester carbon.

“We are very proud of our environmental leadership and were honored to have the opportunity to be the first agricultural participants in the Climate Adaptation Certification Pilot Program,” said Kruse of Sonoma County Winemakers.

“We now know a lot more about carbon sequestration than just a year ago and the results are truly impressive. Based on this success, we are working with CLSI to expand the pilot project to include additional wine sites in the county. “