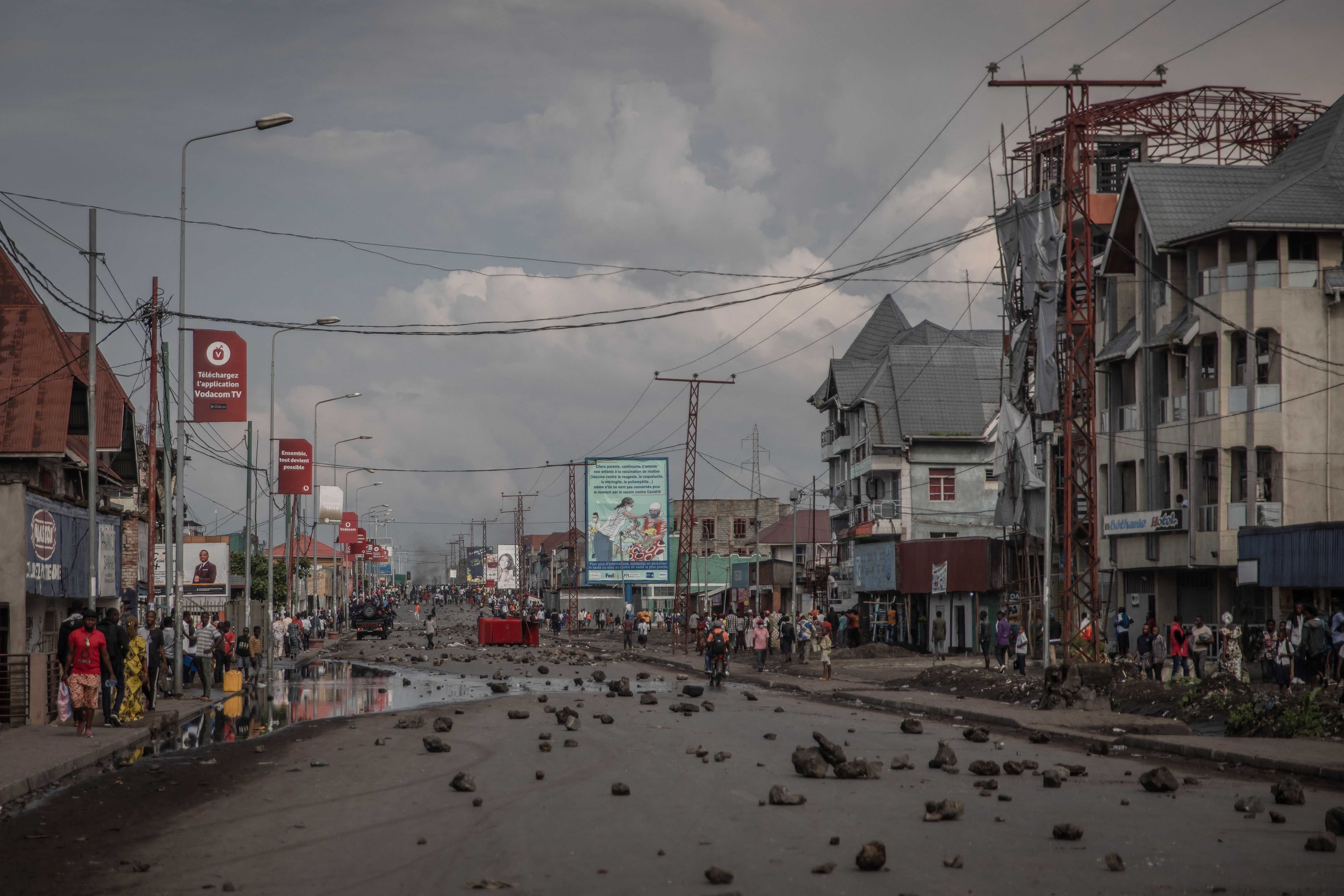 (Nairobi) – Police shot at protesters in Goma, eastern Democratic Republic of the Congo, on December 20, 2021, killing three people including a 6-month-old baby, Human Rights Watch said today. At least 12 other people were injured, including 3 children. Police reported that one policeman was killed and 5 policemen injured.

Government crackdown on protests across Congo has increased over the past year. On December 18, a coalition of citizen movements called for a dead city in Goma, or general strike, to denounce an upsurge in insecurity in eastern Congo since the government imposed martial law in May. Witnesses said that after some protesters took to the streets and blocked public roads on December 20, police opened fire without warning on the protesters. Police arrested at least 17 protesters, who are still in detention.

“An impartial investigation is needed to determine whether police illegally used lethal force against protesters in Goma,” said Lewis Mudge, Central Africa director at Human Rights Watch. “People should be able to protest government policy without getting shot. “

Family members of the victims suggested that the police may have used their weapons indiscriminately. The parent of a victim with three children said, “My brother-in-law was not in the protests. He was going to work around 8 a.m. when he was shot by police while discussing the cost of transportation with a motorcycle taxi driver.

Human Rights Watch received testimonies that some protesters threw stones at the police, but found no evidence that the protesters were carrying guns.

The Congolese authorities should conduct a prompt, impartial and independent investigation to establish what happened and whether the use of force by the police was lawful, Human Rights Watch said. An investigation should also be carried out to determine how the policeman was killed, and those responsible should be held to account.

Whenever the lawful use of force and firearms is unavoidable, law enforcement officials should exercise restraint in such use and act in proportion to the seriousness of the offense and the objective. legitimate to achieve, minimize damage and injury, and respect and preserve human life. The intentional use of firearms “can only be done when it is strictly unavoidable in order to protect life”.

The Basic Principles also provide that in the event of death or serious injury, “a detailed report shall be sent as soon as possible to the competent authorities”.

“The Congolese authorities should ensure that all police officers found responsible for the illegal use of force are duly disciplined or prosecuted,” Mudge said. “Holding officers to account, regardless of rank, is essential to ensure that force is only used as a last resort. “