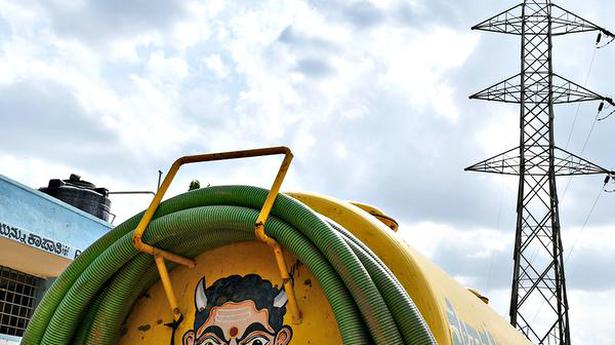 
As the state enters a new lockdown amid a second, more aggressive wave of COVID-19 infection, an impending increase in electricity tariffs sparks unease.

For three consecutive years, the Karnataka Electricity Regulatory Commission (KERC) has not announced a tariff revision before the start of a new fiscal year. And with retrospective tariffs for the previous fiscal year expected to be adjusted over the next two years, citizens are bracing for a possible hike.

Bangalore Electricity Supply Company (Bescom) had requested an average hike of 1.39 yen per unit for fiscal year 2021-22, and officials said fixed costs were the main component of the rise and were more pronounced for three categories: HT connections, temporary connections and IP sets.

In November 2020, seven months after the start of the new taxation, KERC announced a tariff increase of an average of 40 paise per unit. But, the commission had decided to make the new tariffs applicable from November instead of April, saying it was to ensure that consumers were not overcharged during adverse economic conditions during the pandemic.

However, the committee clarified that the relief was only temporary up to ₹ 1,443 crore which would have been clawed back as additional income for the tariff review for seven months from April 1, 2020 to October 31, 2020, compared to the total income gap of ₹ 2,473. crore, was kept as a “regulatory asset” to be recovered from consumers during fiscal years 2022 and 2023.

Apart from the pandemic, the expectation of an appeal filed by KPTCL before the Electricity Appeal Tribunal (ATE) against a KERC order issued in January 2020, which was decided in October, and the electoral code of conduct entered into force due to by-elections also caused delays, the commission said.

Once again this year, the pandemic, as well as the code of conduct for the elections, caused a delay in the pronouncement of the tariffs.

Although no KERC official, including the chairman, has been available for comment despite repeated attempts, sources within the electricity distribution companies (Escoms) said they had previously received a communication from the commission indicating that the tariff revision had been postponed.

“We then heard that the announcement would take place after the election. The discounters will have a hard time because we have to raise short term loans. In addition, the production and supply of electricity have not stopped, ”said a senior official, who wished to remain anonymous.

Officials also said consumption had plummeted, possibly due to recent rains as well as the lockdown and pandemic effect.

“The consumption is around 9,000 MW currently, and we assume that the drop in IP load due to rain is one of the reasons. By the first week of April, it had reached 14,000 MW. We can get by for a month or two without a review, but it will be difficult if we have to wait another six months with overdue arrears from last year, ”the official said.