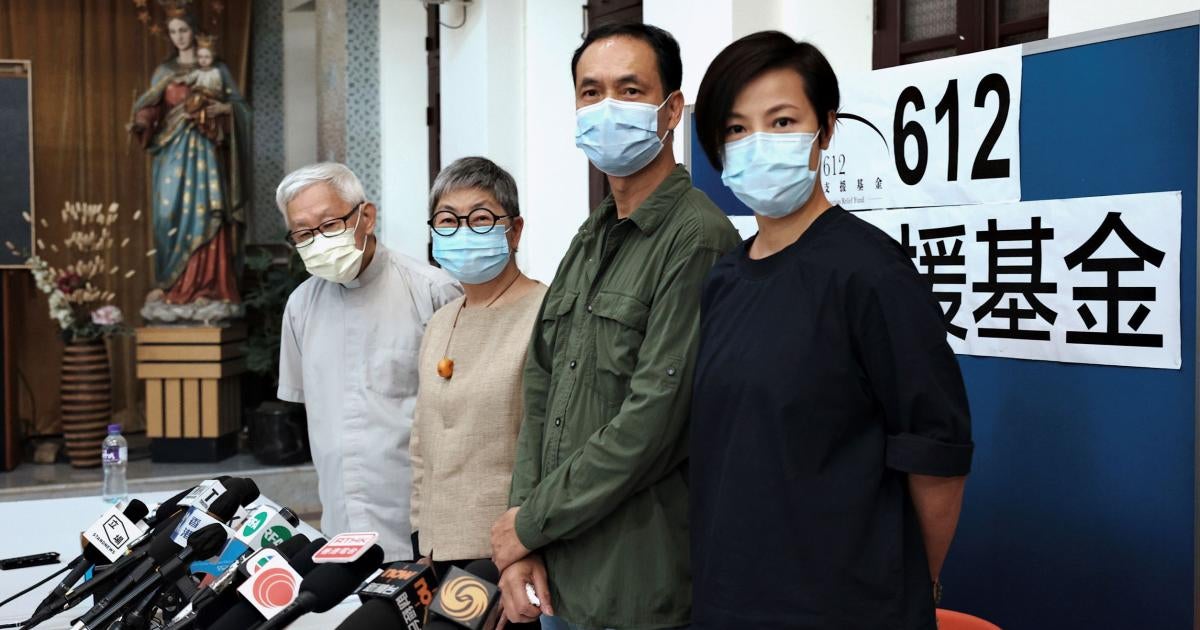 On May 11-12, 2022, police arrested the five under Section 29 of Hong Kong’s draconian national security law for the overly broad and vague crime of “collusion with foreign forces”, punishable by a maximum sentence of life in prison. The five are a former lawmaker, Cyd Ho, 67; a singer-activist, Denise Ho, 45; an academic, Hui Po-Keung, 62; a senior lawyer, Margaret Ng, 74; and a retired Roman Catholic bishop, Cardinal Joseph Zen, 90. None have been charged and all have been released on bail except for Cyd Ho, who was already in jail but banned from leaving Hong Kong.

“Hong Kong authorities didn’t just arrest Cardinal Zen, Margaret Ng and others, they also arrested Hong Kong’s basic freedoms,” said Maya Wang, senior China researcher at Human. RightsWatch. “The arrest of a 90-year-old cardinal for his peaceful activities must be a shocking new low for Hong Kong police, the latest example of the city’s human rights slide in the past two years. .”

On May 11, police arrested Hui at the airport as he was leaving for Europe to take up a post as a visiting scholar at a university. The police then arrested Denise Ho, Ng and Cardinal Zen. Cyd Ho, already in prison, was arrested on May 12, media reported.

All five were trustees of the 612 Humanitarian Relief Fund, which provided medical, legal and psychological aid to protesters arrested during the 2019 pro-democracy protests in Hong Kong. In 2021, Hong Kong police opened an investigation into the fund for alleged violations of national security law, demanding information about donors to the fund. The fund was forced to dissolve in October 2021.

In a May 12 statement, Hong Kong police said they also asked the court to prosecute the five people, along with an unnamed 37-year-old man, for their failure to register with the 612 Humanitarian Relief Fund in under the Companies Ordinance, an offence. this could result in a fine. Police also said they had reported to the Law Society of Hong Kong and the Hong Kong Bar Association allegations of “professional misconduct” by fund lawyers. Police said some media had “defamed” the police when reporting the arrests.

Since the Chinese government imposed the National Security Law on June 30, 2020, Hong Kong authorities have carried out an intensified crackdown on the city, erasing fundamental civil and political rights long protected in Hong Kong. Authorities have arrested prominent pro-democracy leaders, shut down independent media, trade unions and civil society and set up a hotline for whistleblowers to report suspected violations. Officials in Hong Kong and Beijing have decapitated the once-thriving pro-democracy movement and created a climate of fear among the general public, Human Rights Watch said.

The experiences of the five arrested lawyers illustrate Beijing’s swift and sweeping attack on Hong Kong’s civil society under the national security law. Denise Ho and Ng were arrested in 2021 for serving on the board of the popular independent media Stand news, since dissolved. Cyd Ho has previously been jailed on four counts of “unlawful assembly” for participating in peaceful protests. Prior to Hui’s arrest in September 2021, Lingnan University in Hong Kong refused to renew his contract, and that of another academic activist, without explanation.

The arrests have implications beyond Hong Kong, Human Rights Watch said. Cardinal Zen is a globally respected defender of human rights and democracy. He was one of the few senior Roman Catholic Church officials to publicly criticize the unpublished 2018 agreement between the Holy See and the Chinese government. This agreement allows the Chinese government – ​​not the Vatican – to select bishops in China. In response to Zen’s arrest, the Vatican issued a statement saying it is following the situation “with concern” and “with extreme attention.”

The arrests came days after Beijing appointed former security chief John Lee as the city’s chief executive. Lee was instrumental in promoting a widely unpopular extradition bill that sparked the 2019 protests, and he also acted to protect police from liability for the use of excessive force against the protesters.

Relevant governments should impose financial and travel sanctions on senior Hong Kong officials, including police, who are implicated in abuses, Human Rights Watch said. So far, only the United States has done so. Governments could also set up an independent expert panel to examine the authorities’ role in enforcing national security law and increase support for Hong Kong’s independent organizations inside and outside the territory.

They should also support the call by 50 UN human rights experts to establish a special mandate in the UN Human Rights Council to monitor and report on human rights conditions. in China, including Hong Kong.

“Hong Kong has long been a regional leader in openness and respect for the rule of law, but now it is jostling for top spots in Asia for repression and political prisoners,” Wang said. “The people of Hong Kong have been unequivocal in their call for human rights, and governments around the world should be unequivocal in their response to this call.”