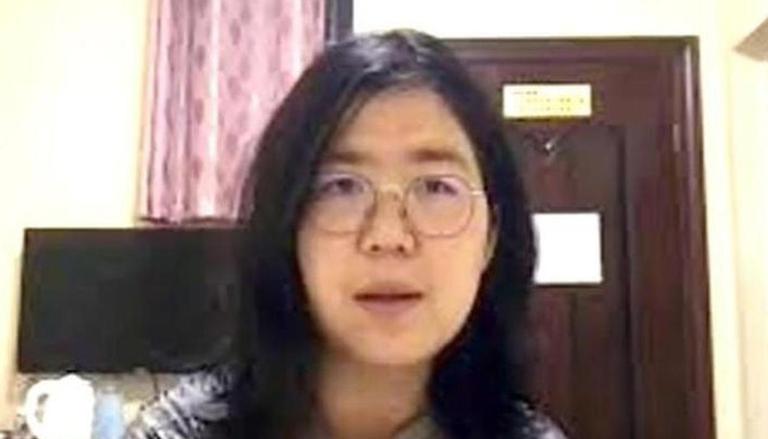 Human Rights Watch (HRW) on Friday called on China to immediately and unconditionally release activist Zhang Zhan, who was arrested early last year for reporting a coronavirus pandemic in Wuhan, the epicenter of the global health crisis. Despite pleading not guilty, the 37-year-old was sentenced to four years in prison in December for defaming the incumbent Chinese Communist Party (CCP) administration. Since his detention, Zhan has been on hunger strikes several times, causing his health to deteriorate severely.

Meanwhile, HRW said Zhan was currently in “serious condition” and needed immediate medical attention. Criticizing the Xi Jinping administration, the human rights group said the Chinese government should be held responsible for “allowing another peaceful critic to fall seriously ill while being unjustly imprisoned.” . It is relevant to note that the British Embassy in Beijing had previously requested the same with several other advocacy groups.

Zhang covered the coronavirus pandemic in Wuhan in February 2020, outlining Chinese authorities’ strategies to control the spread of the virus as well as the situation in local hospitals. As a result, she was arrested in May 2020 for spreading false information on social media. Zhang reportedly commented on the COVID pandemic while giving interviews to international news organizations, according to the indictment. Zhang has gone on a hunger strike to protest the unfair charges against her which caused her health to deteriorate severely, the FRG reported.

Zhang pleads not guilty in court

In December last year, Zhang arrived in court in a wheelchair for her trial and pleaded not guilty. In the Chinese legal system, a guilty plea is usually a prerequisite for a more lenient sentence under the government of the Communist Party of China (CCP). On October 28, Zhang’s mother spoke to her daughter on a video call and told the FRG that her health had deteriorated. “She can no longer walk on her own and her head wobbles as she speaks. If they don’t release her on medical parole, she will be in grave danger,” Zhang’s mother explained. The journalist continued her hunger strike despite frantic appeals from her own family, according to Gansu-based human rights activist Li Dawei, as reported by RFA.

(With entries from ANI)