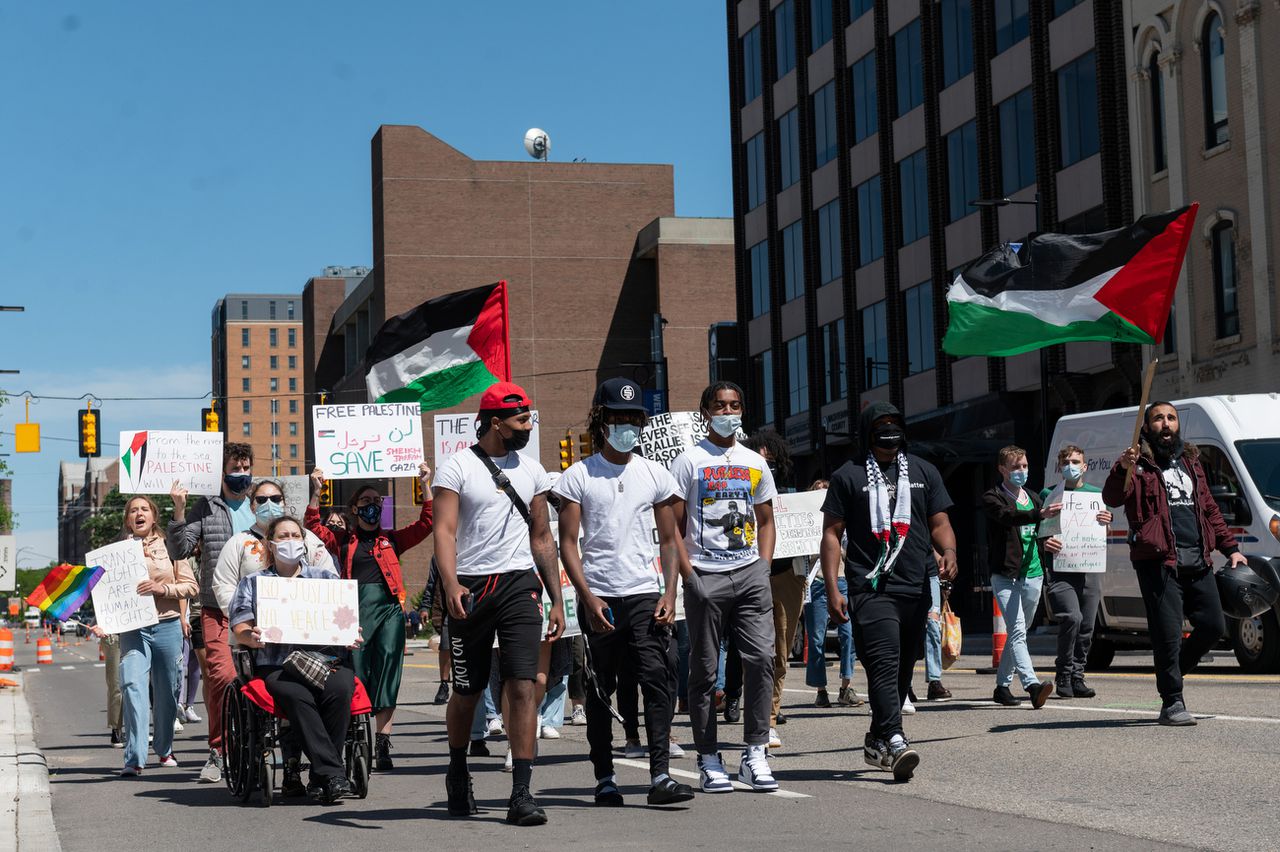 Led by 19-year-old Meesh, who did not provide a last name, a crowd gathered to raise awareness and solidarity with each movement. Some speakers only used their first names because of their names published in the past, which has had repercussions.

“I wanted to do intersectional activism because last year, with all the BLM marches, everyone came forward,” Meesh said. “There have been marches around the world… Everyone has shown up for BLM and now it’s time for us to come together and support each other.”

The rally began at the Ann Arbor Town Hall located at 301 E. Huron Street in Ann Arbor and continued with a march along Main Street. Local police closed Huron Street to one lane to make way for the rally.

Ural Hill, a local psychologist and pastor, spoke about his history of activism and his early teens. Hill encouraged the youth group to be revolutionary.

“If you say” those truths which we take for granted and all men and women were created equal and you raise the statue of liberty … and we sing this land is your land, this land is my land. “said Hill.” But then we get into xenophobia. “

Other students discussed the intersection and the individual importance of the social movement to which they belonged.

Kristen Bagdasarian spoke about ethnic cleansing of Armenians in 1915, which President Joe Biden declared genocide by Turkey in April, according to the New York Times.

Salma, a university student, spoke about the history of Palestine and against the occupation of the country by Israel. Margot, another student, spoke of her personal experience with the anti-Semitic comments made about her and encouraged the crowd to never forget the mass genocide of the Jewish people during the Holocaust.

Mallery and his girlfriend Katie spoke about their experiences as members of the LGBTQ + community and called on educational institutions, politicians and society to raise awareness and acceptance of this community.

“My identity, which I exist like every day, is a search term old politicians fantasize about the night before they sign bills erasing the validity of my existence,” said Katie, a freshman.

The speeches and the march were organized by a small group of students who said they wanted to educate others about the human rights movements and unite them.

“I like that it’s still youth-led because I feel like the younger ones have the biggest voice and we’re also the ones who are most affected by what’s going on because we are the ones who will take over in the future, ”Meesh said.