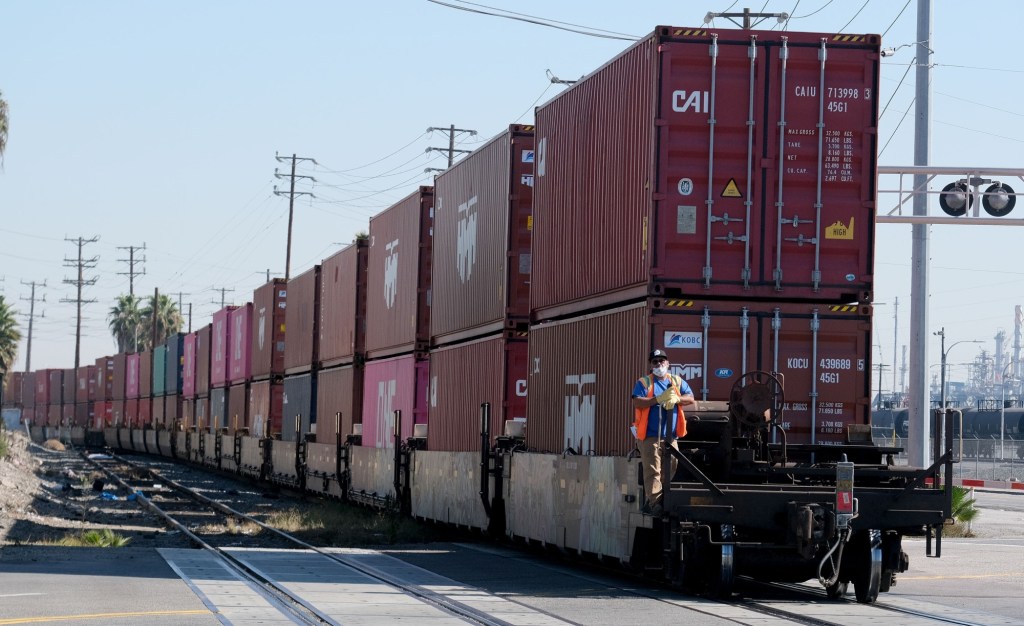 A pending tariff that will charge ocean carriers for containers left on terminal property too long appears to be motivating faster movement of goods even before fines have been imposed.

Port of Los Angeles Executive Director Gene Seroka delivered a report to the LA Port Commission on Thursday, November 4, in which he said he was encouraged by what appears to be a proactive move to comply with the news. regulations.

The new fees were announced on October 25 and approved by Commissioners four days later. The Port of Long Beach also has the same policy in place.

The “Container Excess Dwell Fee” is designed to free up the docks needed to unload the large backup ships outside of the twin ports.

“If we look back and compare that to October 26, we see that the total number of containers at our docks has been reduced by 20% from that peak of 91,300 to 73,500 containers,” Seroka said. “It’s definitely starting to go in the right direction. “

A spokesperson for the Port of Long Beach said there were about 25,000 containers in its terminals on October 28 that would be eligible for the fine. That number was 19% lower a week later on Thursday.

While the program was launched on November 1, the fee will not be collected until November 15, port officials said, to give companies time to adjust and make the changes needed to eliminate the old ones. cargoes.

Under the common policy, ports will charge ocean carriers for each import container that falls into one of two categories: those moved by truck that stay at the dock for at least nine days and containers that leave by train. that remain at least six days.

“We really don’t want to charge anyone a fee,” he said. “We just want them to pick up their cargo.

“I am encouraged by what we have seen over the past 10 days, but there is still work to be done,” added Pirozzi. “While recently unloaded cargoes move faster, older cargoes still don’t move as fast as they should. “

Sign up for The Localist, our daily email newsletter with handpicked stories related to where you live. Subscribe here.