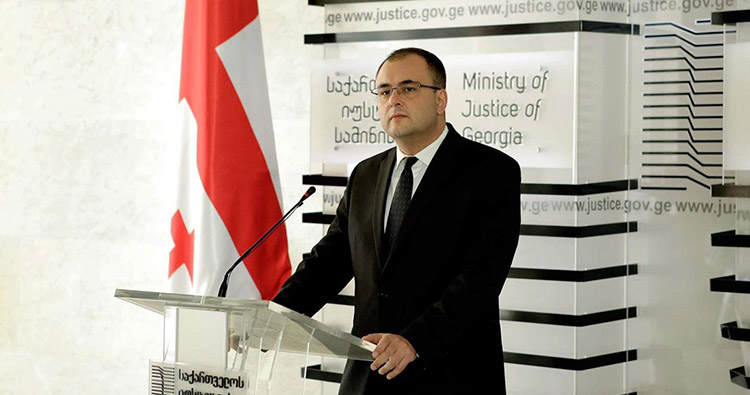 The European Court of Human Rights has not received “a single complaint” of human rights violations in Georgia’s prison system since 2013, Georgia’s Justice Minister Rati Bregadze said Friday during a briefing. plenary session of the Georgian Parliament.

In comments to MPs, Bregadze stressed that prisoners’ rights in the system were “fully in line with European standards” and had “clearly and significantly” improved compared to 2012.

Despite the many successes that have been achieved and are clearly visible, […] it must be said boldly that we are always looking for problems within the system. We are far from believing that we are ideal, we have nothing to improve and yes, it was our decision to start working on the new detention code within the framework of the codification program implemented by the Ministry of Justice,” the official told lawmakers.

The minister noted that the Ministry of Justice and the prison service were “not excluded” from the ongoing processes in Ukraine, adding that Ukrainian citizens detained in Georgia had the possibility of recalling their country, with the help of the authorities Georgian.

Bregadze also addressed a request from opposition representatives for a transfer of imprisoned former President Mikheil Saakashvili abroad due to his health problems, explaining that it was “possible” to provide “all medical procedures “relevant for the diagnosis of its conditions at the national level.