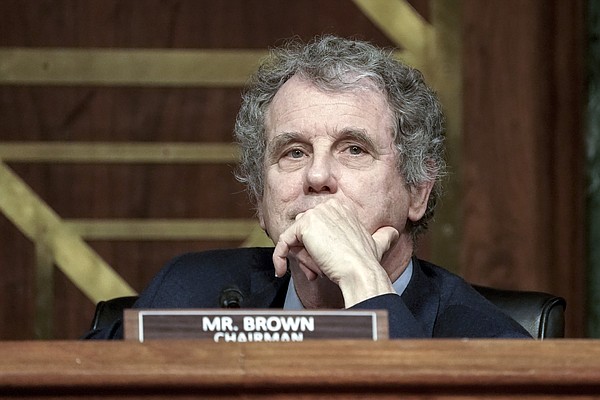 President extends Trump solar panel tariffs, but not all

WASHINGTON — President Joe Biden on Friday extended tariffs imposed by former President Donald Trump on most solar panels imported from China and other countries. But in a nod to his efforts to fight climate change and boost clean energy, Biden has ruled out tariffs on some panels used in large-scale utility projects.

Biden said he would maintain Trump-imposed tariffs on imported solar cells and panels for four years, but he exempted “bifacial” solar panels that can generate electricity from both sides and are now used in many large solar projects. The technology was still emerging when the tariffs were first imposed by Trump.

“By excluding bifacial panels, we will ensure that solar deployment continues at the pace and scale needed to meet the President’s ambitious climate and clean energy goals and create good jobs at home,” Biden said in a statement. Alongside the clean energy provisions in its still-stalled “Build Back Better” initiative, actions on solar energy “will allow us to rebuild a sustainable, competitive and state-of-the-art national solar industry”, Biden said.

Biden also doubled an import quota on solar cells — the main components of panels that go to rooftops and utility sites — to 5 gigawatts, allowing for more imported cells used by domestic manufacturers. The United States does not currently produce solar cells, and the administration wants to ensure that domestic suppliers “don’t have to pay tariffs on a key input to their manufacturing process,” a senior official said Friday. responsible for administration.

The cells come from places like Vietnam or Malaysia – not China, the official said.

Biden had to choose from competing constituencies on solar power, a key part of his climate and clean energy agenda. Unions support import restrictions to protect domestic jobs, while the solar industry relies heavily on cheap panels imported from China and other countries including Vietnam, Malaysia and Singapore.

The American Clean Power Association, a renewable energy group representing both installers and manufacturers, hailed the administration’s decision, calling it “a win for jobs and a win for the president’s climate agenda.” .

Biden has set a goal to reduce emissions of the planet-warming greenhouse gases by at least 50% below 2005 levels by 2030, and solar energy is a key part of that program. . The administration approved two large-scale solar projects in California in December and backed a third solar farm there last month. A recent Department of Energy report indicates that solar power has the potential to supply up to 40% of the nation’s electricity within 15 years, ten times more than current solar generation.

Information for this article was provided by Josh Boak of The Associated Press.

FILE – President Joe Biden speaks during a press conference in the East Room of the White House in Washington, Wednesday, January 19, 2022. In announcing the American diplomatic boycott of the Beijing Games in December, the attaché of White House press Jen Psaki told reporters the Biden administration will fully support American athletes participating in the Games but will not send diplomats or officials to attend. PSAKI said the United States has a “fundamental commitment to promoting human rights” and that it “will not contribute to the fanfare of the Games.” (AP Photo/Susan Walsh, File)

FILE – Mentored by Manhattan Skyline Electricians with IBEW Local 3 install solar panels above the LaGuardia Airport Terminal B garage, Tuesday, Nov. 9, 2021, in the Queens borough of New York City. As climate change pushes US states to drastically reduce their use of fossil fuels, many are coming to the conclusion that solar, wind and other renewable energy sources won’t be enough to keep the lights on. Nuclear power is emerging as an answer to fill the void as states move away from coal, oil and natural gas to reduce greenhouse gas emissions and avoid the worst effects of global warming. (AP Photo/Mary Altaffer, File)