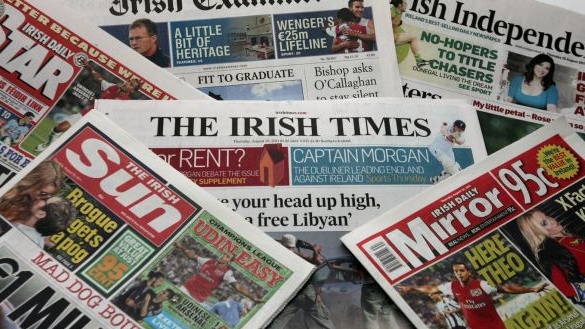 The European Commission has proposed a new law and other measures to improve the protection of journalists and human rights defenders across Europe against frivolous legal claims, including defamation cases, aimed at reducing them in silence.

Strategic Public Participation Lawsuits (SLAPPs), described by the Commission as “a particular form of harassment used primarily against journalists and human rights defenders to prevent or penalize speaking out on issues of public interest”, are of particular concern.

The Commission, in a statement, said the prevalence of SLAPP is a matter of “serious concern” in some member states.

The 2021 Media Freedom Rapid Response (MFRR) had documented 439 alerts, with 778 people or media-related entities attacked, in 24 EU member states, including SLAPPs. In some 22% of these incidents, media actors faced legal consequences.

“A tragic example of the use of SLAPP is journalist Daphne Caruana Galizia who was facing more than 40 lawsuits at the time of her murder in 2017,” he said.

The purpose of SLAPP prosecutions is not to gain access to justice but to harass, intimidate and silence defendants with lengthy proceedings, financial strain and the threat of criminal penalties, he said. .

“Journalists are not the only targets; human rights defenders and civil society organizations, especially those working on human rights and the environment, also face SLAPP.

Media organizations here and across Europe have frequently expressed concern about the chilling impact of libel cases by wealthy and powerful litigants. Some planning lawyers here have also alleged an apparent move by some developers and others in recent years toward using SLAPP to discourage litigation over certain developments.

The proposed EC Directive covers SLAPPs in civil matters with cross-border implications. It provides that judges can quickly dismiss unsubstantiated cases against journalists and human rights defenders and establishes several safeguards and procedural remedies, including compensation for damages and penalties for improper prosecution.

The directive will need to be negotiated and adopted by the European Parliament and the European Council before it can become EU law.

The Commission is also adopting a complementary recommendation, which will be directly applicable, to encourage Member States to align their rules with the proposed EU legislation for national affairs. Member States are called upon to take measures, such as training judges and legal professionals and potential targets of SLAPPs, and raising awareness, to combat SLAPPs.

The recommendation also aims to ensure procedural safeguards for the prompt dismissal of manifestly unfounded legal proceedings. Member States will need to ensure that their rules on defamation, one of the most common grounds for initiating SLAPPs, do not unduly impact on freedom of expression, the existence of a open, free and pluralistic media, and on public participation .

Member States must report on the implementation of the recommendation to the Commission 18 months after its adoption.

In a statement, the Commission’s Vice-President for Values ​​and Transparency, Vera Jourová, said: “We have promised to defend better journalists and human rights defenders against those who try to reduce them to silence. This is what the new law does.

“In a democracy, wealth and power cannot give anyone an advantage over the truth. Through these measures, we help protect those who take risks and speak out when the public interest is at stake – when reporting, for example, allegations of money laundering and corruption, environmental issues and climate change or other issues important to all of us. ”

The proposed Directive includes safeguards, which will apply in civil cases with cross-border implications, aimed at balancing access to justice and privacy rights with the protection of freedom of expression and of information.

The target of SLAPP will also have the right to claim and obtain full compensation for material and immaterial damages. To prevent plaintiffs from pursuing abusive lawsuits, courts can impose dissuasive penalties on those who bring such actions.

Other provisions provide that Member States may refuse recognition of a judgment issued by a non-EU country against a person domiciled in a Member State if the procedure proves to be manifestly unfounded or abusive under the law of the Member State. The target may seek compensation for damages and costs in its Member State.