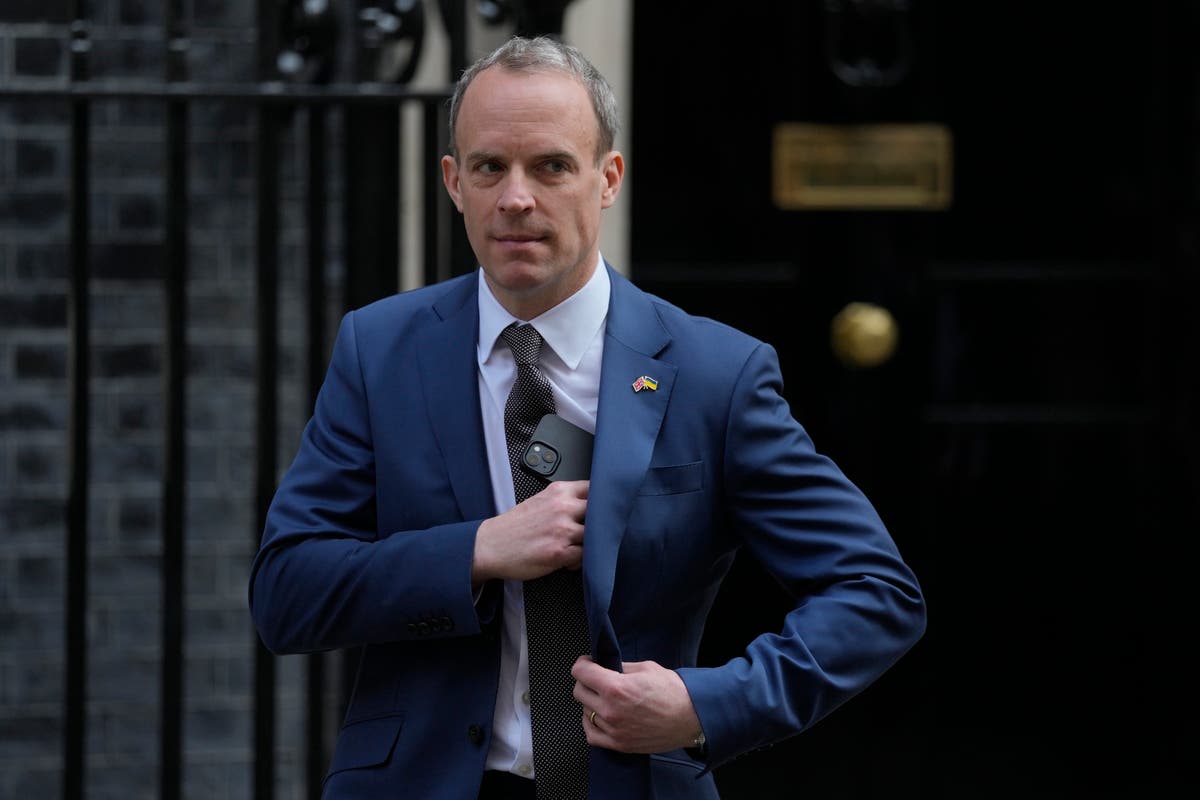 The overhaul of the Human Rights Act has been slammed as ‘racist’ over a plan to deprive those targeted by stop and search and immigration laws of protection.

The alarm is being raised by Dominic Raab’s plan for past ‘conduct’ to be taken into account when claims are made over rights violations, with a warning that it will disproportionately affect ethnic minority groups.

They are much more likely to be stopped by police or questioned about their immigration status, and therefore arrested, fined or detained, campaign group Liberty said.

Most of the names kept in Gangs Violence Matrix, a Metropolitan Police database, are those of young black men.

Now Liberty is demanding an overhaul, as ministers prepare to water down the landmark 1998 law through a bill in next month’s Queen’s Speech.

“Migrants, prisoners and people with ‘historic misconduct’ will not get the same rights as those with citizenship or without criminal records, which will have racist impacts,” Martha said. Spurrier, director of the organization. The Independent.

“It will put over-policed ​​communities at risk of losing their rights – even though they are the groups most likely to face a human rights violation by the state.”

The warning comes as Liberty warns the upheaval is far more drastic than expected, something clouded in recent months by public attention to Covid, Partygate and the war in Ukraine.

Injustices such as the Hillsborough tragedy and the failure to investigate ‘black cab rapist’ John Worboys might never have come to light if the curbs were already in place, he fears.

The crackdown will also block attempts to uphold human rights before they even reach a courtroom, although ‘terrible abuses’ will only come to light once a court case begins. .

Mr Raab claimed his plans would protect free speech from ‘bad excess and political correctness’ – but campaigners believe it is a smokescreen masking ‘an all-out attack’ on human rights man, through:

* Curbs on ‘positive obligations’, requiring the state to take proactive steps to protect rights – the mechanism that delivered justice in the Hillsborough and Worboys cases.

* A ‘Permit Stage’ – which would close claims early without proof of ‘significant disadvantage’.

* The plan to take into account “the conduct of the plaintiffs” – even actions from several years in the past, unrelated to allegations of mistreatment by a public authority.

Ms Spurrier added: ‘The Conservative Party have said they will ‘update’ the Human Rights Act, but the proposals put forward go far beyond an update and are much worse than we did not fear it.

“They amount to nothing less than an outright assault on our rights – creating a two-tier system where only some people deserve rights and making it much harder for people whose rights have been violated to get justice.”

The criticism comes after Amnesty International accused the ministers of the danger of ‘aligning themselves with authoritarian regimes around the world’, by watering down human rights law.

The Law Society has warned of damage to “the UK’s reputation as a committed member of the international community of rights-respecting nations”.

Fears were raised when Mr Raab – who was recorded, in 2009, saying ‘I don’t support the Human Rights Act’ – was handed the court case when he was demoted to the cabinet last September.

Weeks later he was attacked for twisting the case of “a drug dealer convicted of beating his ex-partner” to claim the law was being broken.

Mr Raab argues that the creation of a UK bill of rights will reduce Parliament’s “role as the ultimate decision maker” to the European Court of Human Rights in Strasbourg.

It will be easier to deport asylum seekers claiming the right to family life to stay in the UK – but the threat to opt out of the ECHR altogether has been dropped.