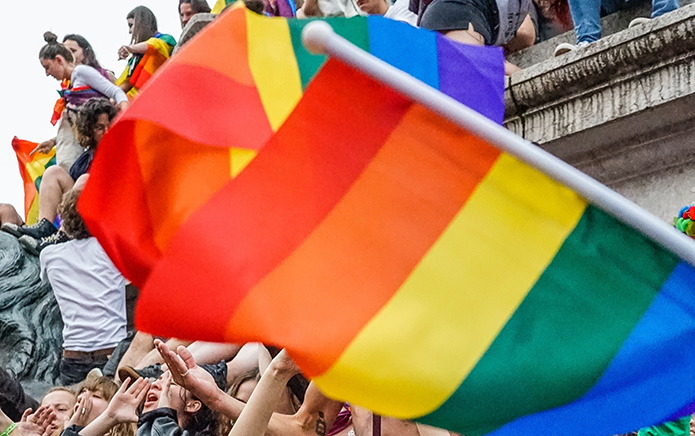 Human rights groups have urged Romania to reject a bill banning so-called “gay propaganda” in schools, like those introduced in Hungary and Russia.

The law, which was passed by the Senate, would see materials “promoting” LGBTQ+ be heavily restricted.

The lower house of parliament has the final say on whether or not it is introduced, with campaigners calling on it to stop it moving forward.

LGBTQ+ rights groups such as ACCEPT and MozaiQ have said the legislation must not be implemented as it will have the power to limit things such as community-oriented news and movies, as well as marches. and manifestations of pride.

“Censorship in Budapest’s education system should not be applied in Bucharest,” ACCEPT said in a statement to Reuters. “Romania must avoid the illiberal drift encouraged by Hungary through such measures which have been harshly welcomed by the European Union.

“Passing explicitly homophobic and transphobic legislation censoring information about sexual orientation and gender identity is a shame for Romania. The lower house must vote to stop this incitement to discrimination.

Lawmakers from UDMR, a junior ruling coalition party, spearheaded the bill, which they say exists to prevent child abuse.

MozaiQ demanded that the lower house “exercise responsibility and decency and reject any legal proposals aimed at demonizing and marginalizing the LGBT community.”

“In the context of Russia’s invasion of Ukraine, we believe that the adoption of such a bill in Romania would fuel Russian propaganda and Moscow’s disinformation campaigns.”

Although LGBTQ+ rights in Romania have come a long way, with homosexuality being decriminalized more than two decades ago, the country remains socially conservative and same-sex marriages and civil partnerships are illegal there.