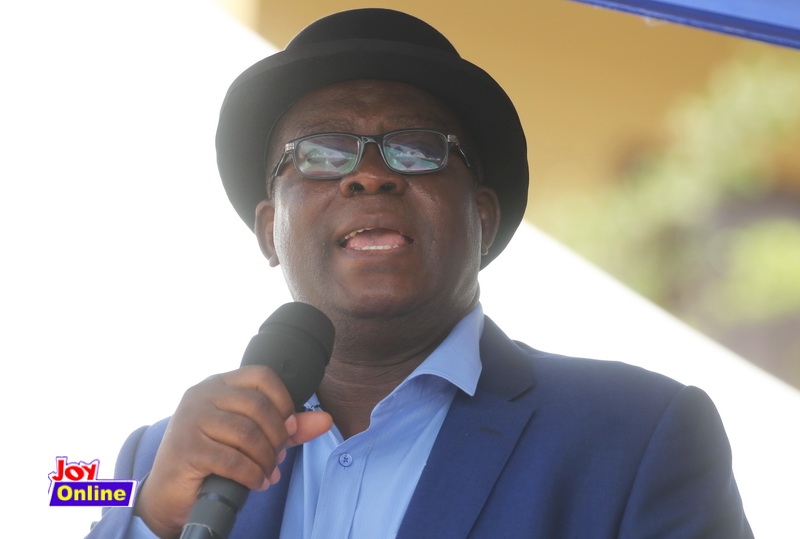 National Association of Graduate Teachers (NAGRAT) President Angel Carbonu revealed that the current rate of inflation and other prevailing economic conditions will influence the Association’s salary negotiations with the government this year.

According to him, these elements will form the basis of the Association’s agreements on compensation for its workers.

Speaking in an interview with JoyNewshe asserted that the workers should not be subjected to harsh conditions, therefore, it is necessary that the income of the workers be commensurate with the increase in the cost of living in the country.

“The price change for goods and services is at an all-time high and April inflation is the highest in 18 years. An indication that the worker is getting progressively worse day by day. And as we said from the beginning, this year’s negotiations will be influenced by the behavior of inflation, as we can say.

Because you and I are aware of the proposals made to PURC by the water company and the electricity company. You and I are also aware of the increase in transport prices announced by the transport organization just a fortnight ago. And of course general increases in the prices of other goods and services.

The government’s own transaction fee has been increased to a minimum of 15%. So that’s an indication that all of that will be factored into the negotiations, so that at least the worker is shielded from some of those pressures,” he explained.

Mr. Angel Carbonu made these remarks on the back of the newly announced inflation rate for April, which stands at 23.6%; the highest recorded since January 2004.

According to the Ghana Statistical Service (GSS), four divisions – Transport (33.5%); Household equipment and routine maintenance (28.5%); Food and non-alcoholic beverages (25.6%), and housing, water, electricity, gas and other fuels (25.0%) recorded inflation rates above the national average 23.6%, with transport registering the highest inflation.

While inflation for food and non-alcoholic beverages was 26.6%, non-food inflation stood at 21.3%.

Only one of the 12 non-food divisions had a 12-month moving average above April 2022 year-on-year inflation for the divisions.

In announcing these figures, the government statistician, Professor Samuel Kobina Anim, took the opportunity to call on policy makers to address the rising prices of goods and services in the country.

For the region with the lowest food inflation, the Upper East reached 18.1%, while the Upper West recorded the highest inflation rate of 38.5%.