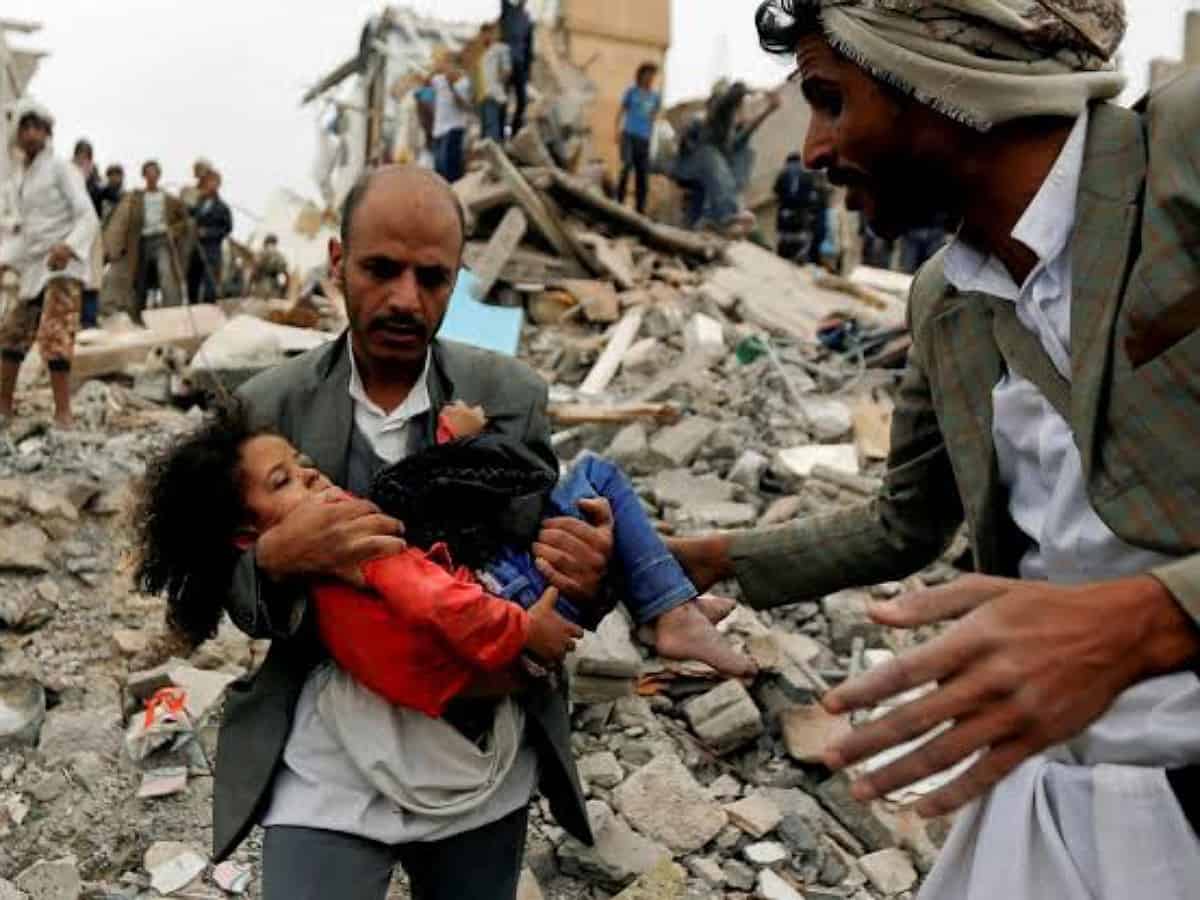 Riyadh: The Joint Incident Assessment Team (JIAT) in Yemen said it investigated allegations of human rights abuses against the Saudi-led coalition waging war in Yemen and found that the coalition was not responsible for most of them, the Saudi press said. The agency reported it.

The JIAT is an investigative mechanism created by the coalition to investigate possible human rights abuses in its military operations in Yemen, a country that has been locked in a brutal civil war since 2014.

JIAT said allegations of an attack targeting a house in Yemen’s Taiz governorate in 2015 are false as the team found the coalition had not carried out any airstrikes in the area, the agency reported. press Xinhua.

The closest military target the coalition struck at the time was 18.5 km from the house in question, JIAT spokesman Mansour Al-Mansour said.

The JIAT also denied the coalition’s responsibility for an attack on a health center in Yemen’s Saada governorate in 2015.

Additionally, the team refuted a statement by the UN Humanitarian Coordinator that the coalition carried out an airstrike in the town of Al-Jawf in 2020, killing a number of civilians.

Coalition forces were ‘correct’ in their procedures for attacking a Houthi militia vehicle and two buildings in the airstrike, as local intelligence said no civilians were within range. inside, which turned out to be the opposite.

The JIAT recommended prosecuting the commander on the ground who provided the inaccurate information, adding that the coalition would provide assistance to civilian casualties.

The results of the investigations were announced the same day as the launch of the Yemeni talks in Riyadh. The talks, supported by the Gulf Cooperation Council, will continue until April 7 to find a political solution to the Yemeni crisis.

Yemen has been embroiled in a civil war since late 2014, when the Iran-backed Houthi militia took control of several northern provinces and forced the Saudi-backed Yemeni government of President Abd-Rabbu Mansour Hadi to leave the capital Sanaa.

The Saudi-led coalition intervened in the 2015 Yemeni civil war to try to restore the Hadi government. The coalition has carried out thousands of airstrikes, killing tens of thousands of people, according to the United Nations.