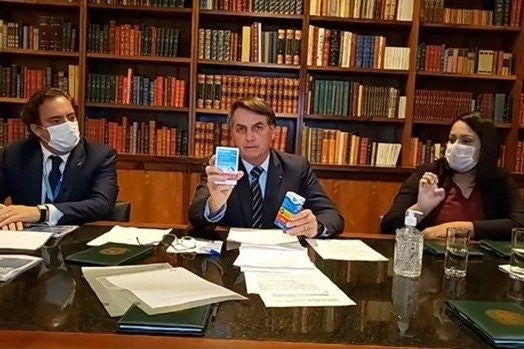 The results of Bolsonaro’s disastrous response to Covid-19

A Brazilian Senate committee yesterday approved a 1,100-page report that exposes what happens when a country’s president adopts policies with total disregard for human rights during a pandemic.

The report is the result of months of hearings and investigations by the committee on the government’s response to the Covid-19 pandemic. It portrays a president who has turned his back on science and endangered the health and lives of Brazilians.

Covid-19 has killed more than 600,000 Brazilians, but thousands of those deaths could have been prevented, according to evidence presented in the report.

President Jair Bolsonaro has spread false information about Covid-19, opposed social distancing, refused to wear masks and regularly shook hands with crowds of supporters. Its ultimate goal, the report concludes, was rapid contagion so that Brazil could achieve collective immunity.

He not only refused to follow World Health Organization recommendations to protect public health, but he also sought to prevent Congress and local officials from following the guidelines. For example, in July 2020, he vetoed legal provisions to make the wearing of masks mandatory in churches and overcrowded prisons in Brazil.

An episode in the state of Amazonas in January 2021 sums up the tragic consequences of these policies. In late 2020, local officials warned the federal government of an impending oxygen shortage, but instead of guaranteeing supplies, the Bolsonaro administration sent drugs that have no proven effect against the virus, according to the government. report. When the oxygen ran out, dozens of Covid-19 patients died.

The government sent the same unproven drugs to indigenous peoples, the inquiry committee found. He did not come up with a plan to protect them from Covid-19 until after repeated orders from the Supreme Court.

The report showed that the Bolsonaro administration had failed to respond to several vaccine offers from the Butantan Institute – a research center owned by the state government of São Paulo. The report also included testimony showing that Bolsonaro had received evidence of corruption in a vaccine purchase contract. A witness said Bolsonaro vowed to report the case to federal police, “but that did not happen,” according to the report.

The report recommended various criminal charges against Bolsonaro and other officials, as well as his impeachment. The attorney general, who was appointed by Bolsonaro and has been widely criticized for allegedly making rulings in favor of the president, should take a very serious look at the solid evidence uncovered by the committee.