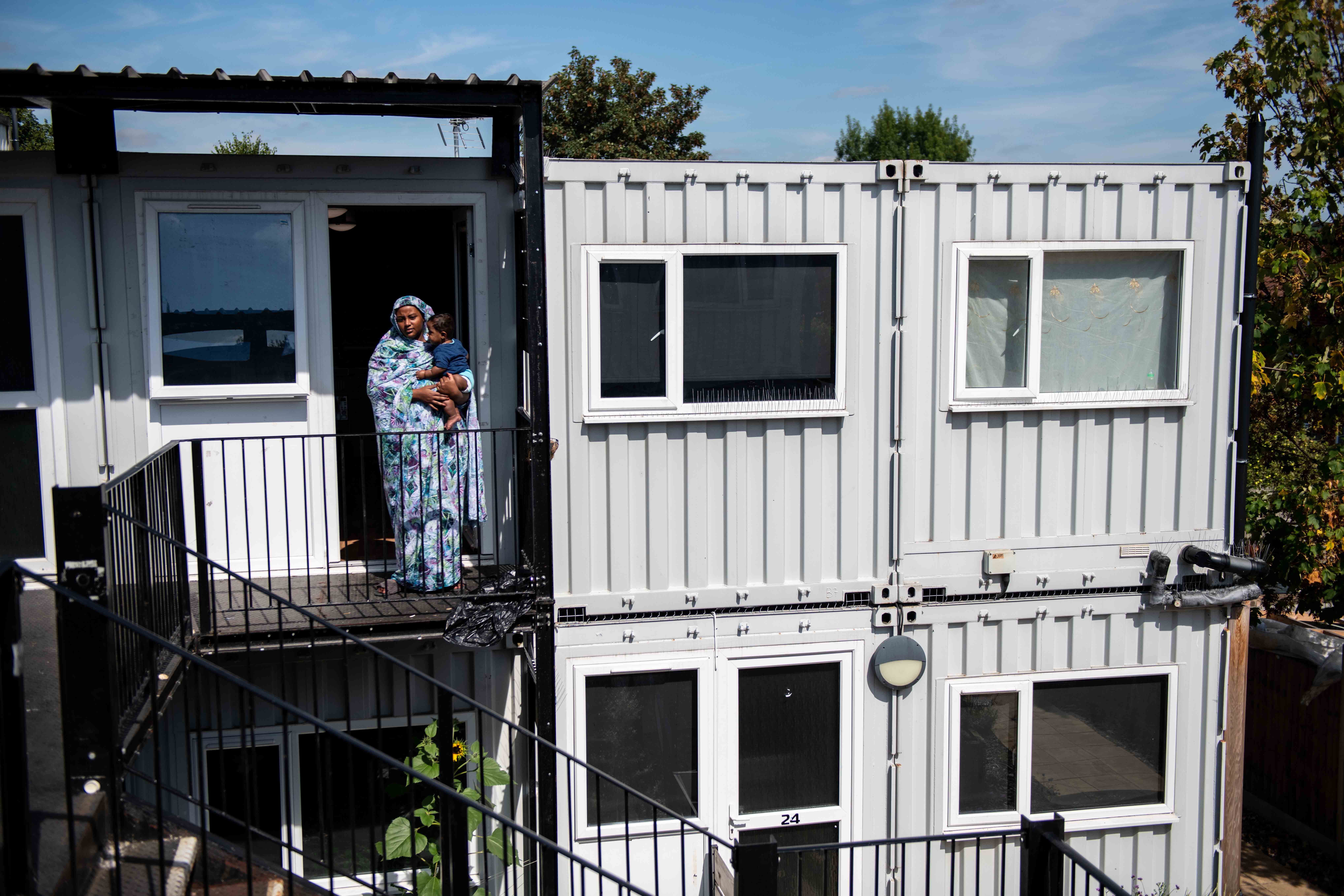 (London) – Children in London are growing up in unsanitary and uninhabitable “temporary accommodation” due to persistent central and local government policy failures, Human Rights Watch and the Childhood Trust said in a joint report released today. The UK government is failing in its duty to guarantee the right to adequate housing for homeless families.

The 51-page report, ‘I Want Us to Live Like Humans Again’: Families in Temporary Accommodation in London, UK, examines how families across London are being placed in poor quality and uninhabitable accommodation, grossly violating their rights. The situation is due to a combination of reduced funding for local authorities, austerity-driven cuts in the welfare system and a lack of affordable permanent housing.

“The government must urgently tackle this hidden side of the housing crisis by reducing reliance on temporary accommodation and tackling the problem of unsuitable housing for families,” said Alex Firth, co-ordinator principal at Human Rights Watch. “If the government is truly committed to its agenda of ‘levelling’ every part of the UK, then giving families safe and decent accommodation to live in should be the bedrock of its efforts.”

Interviewees described conditions such as toxic mold, cold temperatures and a lack of adequate space in their temporary accommodation. These poor conditions violate the right to adequate housing and the rights of children to an adequate standard of living. The situation is aggravated by the fact that some families live in “temporary” accommodation for several years.

In Lambeth, Amaka L., a pregnant mother of three boys aged four, seven and nine, lived for six months in 2020 in a studio apartment. The bedroom was so small that they all had to share a double bed. She said the situation deteriorated when the pandemic started. “It was very, very hard for me in this little flat. The council just put me there and left me. When Covid started I saw hell.

In Croydon, Layla W. and her four daughters, aged 6 to 26, were placed in a three-bedroom home between 2017 and 2019 by Southwark Council. Her youngest daughter, Israa, was six when she moved into the house and had no pre-existing health conditions. However, the house had toxic mold and Israa’s bedroom was “the worst room in the whole house, it was unimaginable”. She developed breathing problems while living there and was diagnosed with asthma, along with an operation to help her breathe irregularly.

In Wandsworth, Jada T., a 15-year-old girl who lived in an apartment block between 2018 and 2020, described how the metal parts of her bedroom wall had rusted and cracked, letting in cold temperatures during the winter . She was diagnosed with pneumonia and her mother sent her to live with her family outside London in October 2018 so she could recover, which caused her to miss two months of school.

Every child deserves a stable and decent home as a basis for academic success. The situation was even worse during the Covid-19-related school closures. The lack of space made it harder for children to concentrate or find a quiet environment to do their work. Most respondents also said that their temporary accommodation did not have Wi-Fi.

The government has embarked on a UK ‘levelling up’ program with the aim of addressing regional inequalities while improving conditions across the country. London should not be left behind, with the capital having the highest child poverty rate in England and also home to 70% of all families in temporary accommodation. London’s housing crisis should be at the center of the government’s agenda, Human Rights Watch said.

Part of the problem, according to Human Rights Watch, is that the central government cut its funding to local authorities by 37% in real terms between 2009-2010 and 2018-2019, with London facing the biggest cuts. In response to the growing homelessness crisis, local authorities have had to increase spending on short-term solutions that do not get to the root of the problem.

Another major contributing factor is the lack of social housing. Local authorities told Human Rights Watch that inadequate levels of social housing in their districts made it difficult to provide people with more permanent housing. The problem is more acute in London, with some boroughs having a waiting list of more than ten years.

Under international law, the right to adequate housing is part of the right to an adequate standard of living. Yet successive British governments have failed to recognize or implement this right. The UK government should enshrine the right to housing in national law and ensure that victims of housing rights violations have access to prompt and effective remedies, Human Rights Watch said.

“Successive governments have utterly failed to address the housing crisis,” said Laurence Guinness, chief executive of Childhood Trust. “Children suffer appalling violations of their rights with devastating consequences for their health, education and life chances. This report is a wake-up call to the government that these abuses must stop.